We are proud to announce the opening of TOCA VanIsle in partnership with the Canadian Premier League Club Pacific FC. This new location will open its doors for the youth, fans, and pros on September 1st of 2020.

“Being fully integrated into Pacific FC’s professional player development complements TOCA’s technology” says Alex Elliott, Co-Founder and President of TOCA Canada. “Most importantly we are excited to continue providing this fun and engaging platform to more players and fans of the game.”

“It’s a big advantage having TOCA for our players. Being able to increase a player’s speed of play in a safe environment that is low-impact is a huge win from a pro perspective. We are thrilled to be able to provide TOCA for our local youth and fans” says Rob Friend, CEO of Pacific FC.

TOCA VanIsle will introduce the most innovative soccer technology, with smart targets, quantifiable metrics and data about players’ decisions and actions.

Take control of your game and #FindYourBest with TOCA. 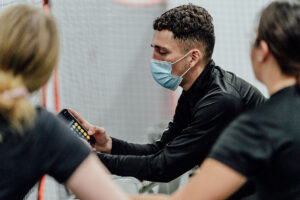 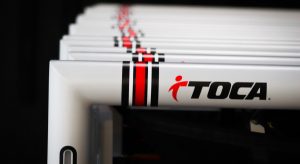 Here For Our Soccer Community! Book with TOCA starting May 19th.

Sign-up for a free TOCA training session at our Langley or North Vancouver training centre.​

Send us a booking request and we will get back to you on the availability. For the live availability of a program, please book online.