Player Pathways is a TOCA Member exclusive program. It is the latest evolution in our approach to personal soccer training. Simply put, it’s our plan for maximizing the results of your player’s one-on-one TOCA Training sessions. Built to adapt to every experience level and intended to be uniquely flexible for your schedule, Player Pathways is a progression roadmap to achieving your training goals.  Below is an interview with TOCA Canada President, Alexander Elliot. He describes how he helped co-found Player Pathways and why it is the next level in TOCA Training. 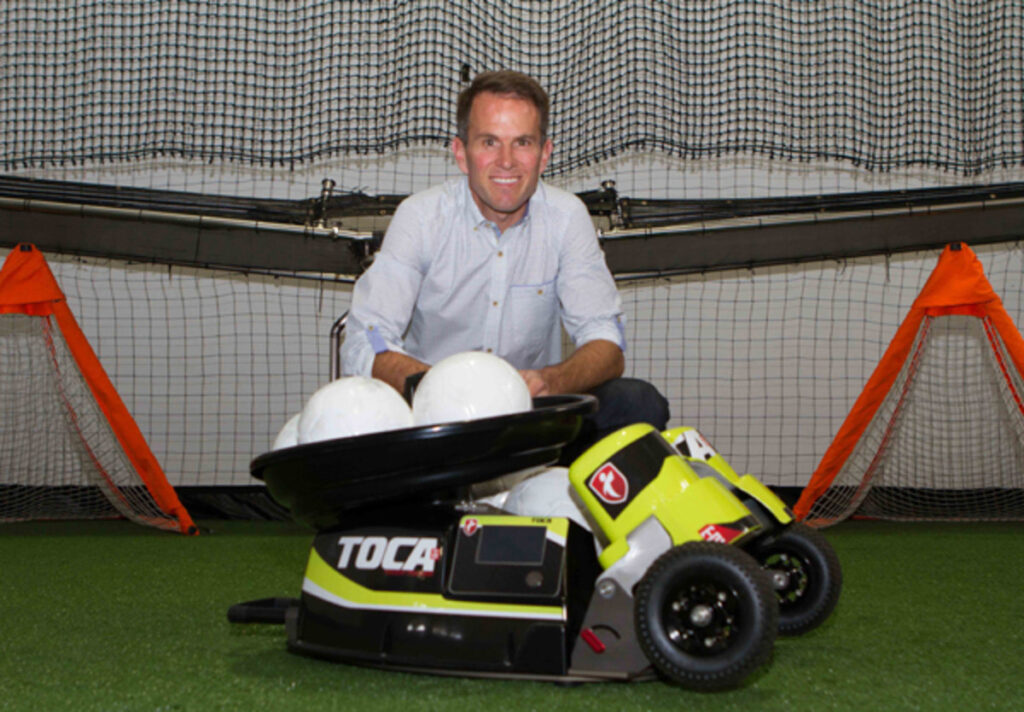 How was Pathways ideated?

Eddie: As it relates to TOCA, we have a very specific type of training. The technical and decision making components are involved in every session, and we wanted to continue to evolve the personalization of that training. Not only at the individual level but also in beginning to string those sessions together. That ultimately resulted in our new program: Pathways.The goal is to take a handful of specific areas and really spend the time on focused learning around those areas.

Can you talk about the research that went into establishing Pathways?

Eddie: In soccer, the word “curriculum” gets used a lot. TOCA has its processes which are close to a curriculum; however, we do feel it’s somewhat of a dated term in that it’s very directive. TOCA is a very player-centric methodology. We use a method called guided discovery. Instead of telling the player “we want you to guide the ball this way or touch the ball that way and pass here”, we set them up with Smart Targets and let them kind of figure it out. Then, we step in to help guide them with concrete principles on how to improve. So, instead of a directive approach that curriculums tend to come with, we wanted to use a much more modern, guided discovery approach in player development. Similar to the approach that both professional teams here in the United States use at the academy level as well as newer, more modern best practices from clubs abroad as well.

How is Pathways different from standard TOCA Training?

Eddie: TOCA Training is very much session by session driven. We felt that oftentimes our best trainers were creating these plans for players over a period of time anyway. But, in other cases some of the sessions looked like they weren’t necessarily connected to each other. We wanted to solve for the classic problem of “ Hey last week this happened in game, so we want to work on this”. Instead, now [through Pathways] we are looking at the big picture and saying “Let’s look over the next six sessions…Here’s what we think we can accomplish, here are areas important for your son or daughter to be working on. If we stick to the Pathway here’s the expected results we think we can achieve”. In my eyes, that’s a much more progressive mindset from a training standpoint.

Who is Pathways for?

Eddie: We have a number of different Pathways that are available and that will continue to evolve as we get going. But, I think the important thing to understand is that every player at every level has some form of strength or weakness. We’ll use a very young player for example; we’re going to spend much more time in a well-rounded general skill development Pathway. As players get older, and their positions become more defined, we’d really like to spend the time continuing to strengthen their strengths. Essentially as they get older, it becomes slightly more position specific versus at the younger levels, we are taking a broader more well-rounded approach to their skill set.

Can you talk about your personal journey as a professional player and what you applied to Pathways?

Eddie: For me, it really was born out of some of my own personal frustrations as a player. I always felt that I could see things that were happening within a game, but my technical ability wouldn’t allow me to execute them in certain areas. It was a question of: “technically can I get you the ball where you want it so you don’t have to think about it that much?” By doing so, it allows you to lift your head and really focus on the game and the players moving around you. It wasn’t this sort of “Aha!” moment. It was more that as my technical ability got better, it opened me up to seeing the game better. The game almost slowed down. I was able to play in a much more consistent fashion. You could see the players around you that weren’t doing it and you could see the players that were. It was always strange to me that a player is known as someone that has good awareness or they don’t. I didn’t believe that was a thing. There are players that are really good on the ball, they play with their head up, and then other players who don’t do that. So, I became enamored with this idea of awareness and if there was a way to actually train it. It wasn’t just this magical ability that some players have. That’s always been the holy grail, the technical ability combined with the awareness. It takes a lot of the physical attributes out of it. If you look at the world of football, one of the most beautiful things about it is that it doesn’t discriminate from a physical standpoint. You look at the Spanish National Team, they aren’t the best athletes in the world, but they’re phenomenal at football. The brain is one of the best kept secrets when it comes to training for football…and our new Pathways curriculum gives us the first step into taking on that challenge.

How does technology fit into Pathways?

Eddie: Along with our Smart Targets, we developed a player portal. What that does is allow us to take all the information from training sessions and begin to share some of the progress that’s being made. Some of it is just tracking repetitions or how many balls you’ve received and other progress related data. Say from a turning exercise, we can track a player’s increase in speed of play from when you start with the Pathway. It’s not only a measure of progress, but it’s educational in a sense that we’re helping understand what’s important and why.

Anything else you would like people to know about Pathways?

Eddie: From our perspective, it’s a matter of always looking to improve our process and training. We want to make sure the trainers are delivering consistent training that both parties can benefit from in the long term. We want to offer more specific training that is driven by results. Quantifying that progress allows the player to see tangible results. It’s also important that the right players are working on the right things at the right time. 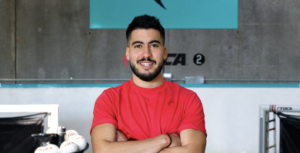 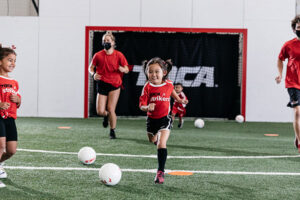 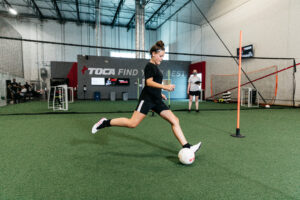 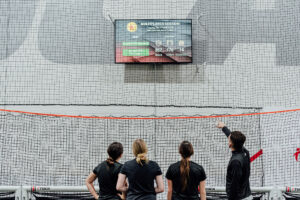 Sign-up for a free TOCA training session at our Langley or North Vancouver training centre.​

Send us a booking request and we will get back to you on the availability. For the live availability of a program, please book online.